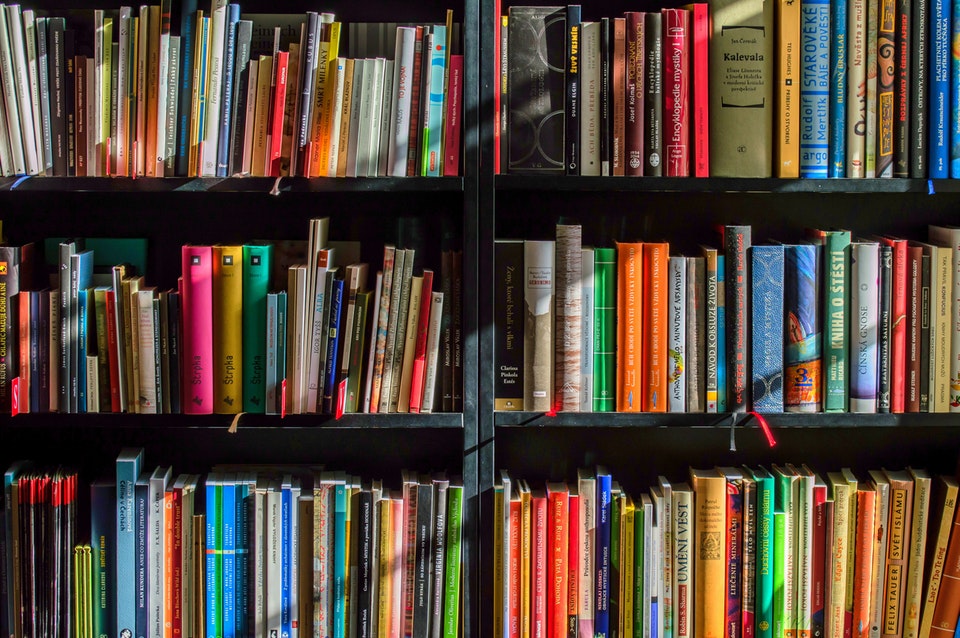 Recently, in my quest to become a better entrepreneur, I started putting a lot more energy into finding and consuming educational content about bootstrapping a business. One of the deepest wells of knowledge I found came in the form of an online community of people who are walking or have walked a similar path. It’s called Indie Hackers, and if you haven’t checked it out then you definitely should.

In a recent thread, I proposed a question to the Indie Hackers community: If you could recommend only one book for an Indie Hacker to read, what would it be? The thread received a lot of great responses and has become my personal bootstrapping library.

I’ve decided to aggregated the majority of the responses into a list, loosely ranked in the order of up-votes received in the thread (there were some ties, in which case I just used the chronological order). Without further ado, here is a list of 15 books every Indie Hacker should read.

Start Small, Stay Small is a step-by-step guide to launching a self-funded startup.

Rob Walling is a Serial Entrepreneur that you may have heard of from one of his many ventures. I first heard of Rob on his podcast Startups For The Rest Of Us but you may also know him as the cofounder of the widely successful conference for self-funded startups, Microconf.

Most business books give you the same old advice: write a business plan, study the competition, seek investors, yadda yadda. If you’re looking for a book like that, put this one back on the shelf. Rework is the perfect playbook for anyone who’s ever dreamed of doing it on their own. Entrepreneurs, small-business owners, and artists who don’t want to starve will all find valuable guidance in these pages.

Basecamp, formally know as 37Signals, doesn’t really need an introduction theses days, as they are one of the earlier successful SaaS startups on the block. Did you know that Ruby on Rails was actually initially created and opened sourced by Basecamp? Very cool.

Don’t waste years of your life trying to build a startup and never get it off the ground.

Clifford Oravec is an entrepreneur that founded a portfolio of successful SaaS businesses, including Tamboo. He wrote a really great series on medium called The Epic Guide to Bootstrapping a SaaS Startup From Scratch – By Yourself and has distilled his knowledge into a book that promises to deliver results.

The all-new Side Hustle book provides everything you need to create a new source of income without quitting your day job.

This was the first time I had heard of Chris Guillebeau but I had actually heard of two books written by him previously, The $100 Startup and The Art of Non-Conformity. He also hosts the World Domination Summit, a gathering of creative, remarkable people.

The unusual, frequently outrageous autobiography of one of the great business geniuses of our time, Richard Branson.

If you haven’t heard of Richard Branson, he’s the guy that started Virgin Records. If that’s not enough, apparently he was knighted Sir Richard Branson in March 2000? He’s created almost 100 successful ventures, so I’m guessing he has some valuable info to pass on.

In the international bestseller, Thinking, Fast and Slow, Daniel Kahneman, the renowned psychologist and winner of the Nobel Prize in Economics, takes us on a groundbreaking tour of the mind and explains the two systems that drive the way we think.

Daniel Kahneman is a renowned Psychologist with an impressive trophy case. Although a lot of books recommended by entrepreneurs have to do with sales and marketing, sometimes the science behind how people think can help better your perceptions of product design. I’m definitely going to be checking this one out.

Most startups fail. But many of those failures are preventable.  The Lean Startup is a new approach being adopted across the globe, changing the way companies are built and new products are launched.

Eric Ries has become a household name in the bootstrapping startup world. Time and time again I’ve heard The Lean Startup referred to as one of the best books you can buy for self-funding startups.

A world-class business education in a single volume. Learn the universal principles behind every successful business, then use these ideas to make more money, get more done, and have more fun in your life and work.

With over a half million books sold, Josh Kaufman obviously has a lot of valuable information for budding entrepreneurs. The proof is in the pudding for this one, as this recommendation comes from the creator of Indie Hackers, Courtland Allen. Indie Hackers has been taking off lately and is a great community for bootstrapping entrepreneurs.

Forget the old concept of retirement and the rest of the deferred-life plan–there is no need to wait and every reason not to, especially in unpredictable economic times. Whether your dream is escaping the rat race, experiencing high-end world travel, or earning a monthly five-figure income with zero management, The 4-Hour Workweek is the blueprint.

Tim Ferriss is one of those influential members of the startup community that you just can’t ignore. This is not the first time I’ve heard recommendations to read The 4-Hour Workweek and I doubt it will be the last. The book was recently listed as “The most highlighted book across all of Amazon in 2017”.

Founders at Work recounts the early struggles for independence and acceptance of many of modern technology’s giants, through personal interviews that are at times hilarious, at times painful, and always inspiring. As human-interest stories they will interest the same audience that enjoys reading about the Google founders in PEOPLE magazine.

Jessica Livingston is a founding partner of the notorious startup accelerator Y Combinator. Founders at Work includes interviews with some of the most successful entrepreneurs from the tech and startup scenes.

Notes on Startups, or how to build the future.

Peter Thiel is another person that doesn’t really require an introduction. He cofounded Paypal and found massive success as a venture capitalist investing in startups like Facebook. I find a lot of his content applies more towards building “The next big thing” but you can’t deny is level of success and the value of his insights.

Deep work is the ability to focus without distraction on a cognitively demanding task. It’s a skill that allows you to quickly master complicated information and produce better results in less time. Deep work will make you better at what you do and provide the sense of true fulfillment that comes from craftsmanship.

Cal Newport is a computer science professor at Georgetown University and has written several successful books. Deep Work tackles the tricky subject of learning to focus in a world that has become increasingly filled with distractions. Being able to focus and get the work done is often half the battle for people attempting to be successful. I’ll definitely be giving this one a read.

Demand the Fastlane, an alternative road-to-wealth; one that actually ignites dreams and creates millionaires young, not old. Change lanes and find your explosive wealth accelerator. Hit the Fastlane, crack the code to wealth, and find out how to live rich for a lifetime.

At first glance this one sounds a lot like one of those get-rich-quick scam books that exist in the wild. However, I’ve been assured that once you get past the title, this book has a lot of great insights into entrepreneurship and success.

Getting Real is packed with keep-it-simple insights, contrarian points of view, and unconventional approaches to software design. This isn’t a technical book or a design tutorial, it’s a book of ideas. Anyone working on a web app – including entrepreneurs, designers, programmers, executives, or marketers – will find value and inspiration in this book.

The Basecamp team makes it’s second appearance on this list with Getting Real. It’s obvious that not only do these entrepreneurs know what they are talking about, but their message obviously resonates with bootstrapping Indie Hackers. This book is packed with essays pertaining to all sorts of topics relating to building a product and business.

Pieter Levels is the poster boy for bootstrapping Indie Hackers. He’s created several successful products and found a great deal of success building an audience through social media. Some of what he has to say stirs up controversy, which is usually a good sign of an innovator. I’ve heard a lot of great feedback about Make and I’m excited to check this one out.

Do you have have a book that you think is a must read for people trying to bootstrap their own business?

Looking for Tech Jobs? Check out my website ObviousJobs.com for jobs with full salary disclosure.